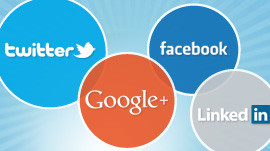 We love seeing all of the social media posts from developers – here are a few highlights from the week:

I've updated my website with some CUDA kernels from progressing through the Udacity course ran by NVIDIA. http://t.co/s4HdqZX9P8

Mocha.jl: Deep Learning for Julia http://t.co/PcYqPNby6h I might just give this a try; Torch/lua is quickly becoming too mainstream

@GPUComputing The power of cuDNN is all around us, stay tuned ;) #nvidia #cuda #cudnn #neuralnetwork

@alexjc @doppioslash but after a month of banging my head on the wall I had to buy NVIDIA to work with DeepLearning. cuDNN is blazing fast

The biggest problem with Xeon Phi is that the average programmer can't have access to it,in contrast to CUDA where a teenager can code on it

On Twitter? Follow @GPUComputing and @mention us and/or use hashtags so we’re able to keep track of what you’re up to: #CUDA, #cuDNN, #OpenACC