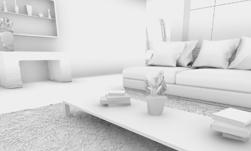 SSAO (Screen Space Ambient Occlusion) is popular, but a limited process being used in contemporary games. Ray tracing provides better results. We explain why, and prove it with a set of side-by-side examples.

You can find six additional coffee-break length videos about ray tracing in games with RTX on the NVIDIA developer blog.