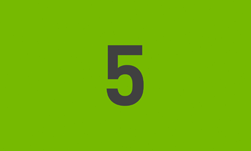 Every week we highlight NVIDIA’s Top 5 AI stories of the week.

In this week’s edition we highlight a new deep learning-based algorithm that is working towards replicating the energy of the sun on earth. Plus, a robot that can efficiently interact with liquid and moldable items.

This week at TechCrunch’s Robotics + AI event at UC Berkeley, NVIDIA’s VP of Engineering, Claire Delaunay, was joined on stage with the company’s Kaya and Carter robots to showcase the company’s push to democratize robotics development.

Isaac SDK is now available for download and accelerates development for manufacturers, researchers, and startups by making it easier to add AI for perception and navigation into next-generation robots.

Researchers from Harvard University, Princeton University’s Plasma Physics Laboratory, and the U.S. Department of Energy are working towards replicating the energy of the sun in the form of fusion energy.

Facebook AI researchers just developed a new video generation tool based on the prior NVIDIA Research project, pix2pixHD, that can extract a character from a video and then re-animate it in any background. The work relies on NVIDIA Tesla V100 GPUs for both training and inference.

2 – Predicting the 3D Structure of any Protein with AI

A new paper published in Cell systems by Harvard researcher Mohammed AlQuraishi describes a new deep learning-based approach for predicting the 3D structure of a protein based on its amino acid sequence. The work achieves high accuracy at speeds upward of a million times faster than previous methods.

1 – Laying the Foundation for Better Object Manipulation in Robotics

Imagine a robot that can efficiently model clay, push ice cream onto a cone, or mold the rice for your sushi roll. MIT researchers developed a deep learning-based algorithm that improves a robot’s ability to mold materials into shapes, as well as enabling it to interact with liquids and solid objects.

The work draws on inspiration from how humans interact with different objects.