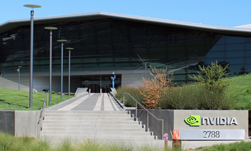 To help accelerate AI research and further discovery across deep learning sciences, the NVIDIA Research team is announcing the opening of a core AI/ML lab in Santa Clara, California.

The new lab will be led by computer scientist Anima Anandkumar and will complement existing NVIDIA labs run by several world-renowned researchers.

“This lab will push the boundaries of machine learning techniques, said Anandkumar, Director of Machine Learning Research at NVIDIA. “To me, AI is a trinity of data, algorithms, and compute. Thanks to the availability of large amounts of data, along with large amounts of compute from NVIDIA GPUs, we’ve seen the deep learning revolution take off. But now we want to take you to the next level and that means new algorithmic research,” Anandkumar added.

Anandkumar says the current computations in deep learning systems are all based on linear algebra. Through her research, she hopes to change that.

“Can we come up with better paradigms to do multi-dimensional processing?, can we do truly tensor-algebraic techniques in our tensor cores? And what kind of new architectures will this realize?. These are all important questions my lab will tackle,” Anandkumar said.

Anandkumar will continue in her role as Bren professor at Caltech Computing and Mathematical Sciences department in Pasadena, California. Before joining NVIDIA, she was a principal scientist at Amazon AI, part of Amazon Web Services.

“Research is in the very core DNA of NVIDIA. Here research drives products rather than the other way,” she said. “If you think about the development of CUDA and the impact it has had on so many large-scale applications or the development of ray tracing in computer graphics, they all started out as research projects and ultimately took over the product landscape.”

Anandkumar and other NVIDIA researchers will be in attendance at NeurIPS, the annual machine learning conference taking place in Montreal, Canada from December 3-8.

Most recently, NVIDIA opened a research lab in Toronto led by Sanja Fidler and another lab in Israel led by long-time Google Brain researcher, Gal Chechik. In 2017, NVIDIA also invested in a research lab in Seattle, led by Dieter Fox, a top roboticist from the University of Washington.

You can learn more about the new lab and other NVIDIA research projects on the NVIDIA Research page.