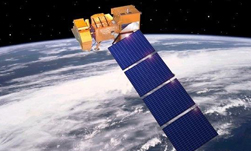 Researchers with the National Center for Supercomputing Applications (NCSA) developed a deep learning-based technique that uses satellite data and supercomputers to distinguish between corn and soybean fields.

The research, published in the Remote Sensing Environment journal, is a major breakthrough in the agricultural industry, as it allows a variety of stakeholders to get real-time analytics.

“Deep learning approaches have just started to be applied for agricultural applications, and we foresee a huge potential of such technologies for future innovations in this area,” Jian Peng, a co-author and co-principal investigator of the new study, told the University of Illinois at Urbana-Champaign college news.

Using NVIDIA Tesla GPUs on the Blue Waters and ROGER supercomputers at the NCSA, and three different cuDNN-accelerated deep learning frameworks, TensorFlow, PyTorch, and Keras, the team analyzed 15 years of satellite data at a 30-meter resolution.

“Technology wise, being able to handle such a huge amount of data and apply an advanced machine-learning algorithm was a big challenge before, but now we have supercomputers and the skills to handle the dataset,” said Kaiyu Guan, a Blue Waters professor at the NCSA and the principal investigator of the new study.

The researchers say they were able to differentiate the corn and soybean on satellite imagery using different parts of the electromagnetic spectrum.

Previously, the public did not know national and soybean averages until four months after harvest took place. Now analysts and other stakeholders can quickly make decisions that affect crop insurance, land rental, logistics, commodity markets, and many other industries.

“We found a spectral band, the short-wave infrared (SWIR), that was extremely useful in identifying the difference between corn and soybean,” Yaping Cai, a Ph.D. student and first author of the work, told the university publication.

The researchers are now focused on expanding their study to the Corn Belt, and investigation further applications of their neural network.